Business teacher Ranielle Moore signed up for Instagram just a few days ago. Today during SRT, she learned exactly how the social media platform can connect people.

“I watched a sports show yesterday that said that [Kevin Durant] often responds to his direct messages,” Moore said. “I decided to send a message saying that I hope he finds happiness and joy in Brooklyn and thanked him for his work in [Golden State].”

To her surprise, the NBA star responded.

“He responded by saying thanks and continued to ask if I thought he was happy. I told him ‘God only knows,'” Moore said.

Check out more of the ensuing interaction between Moore and Durant below. 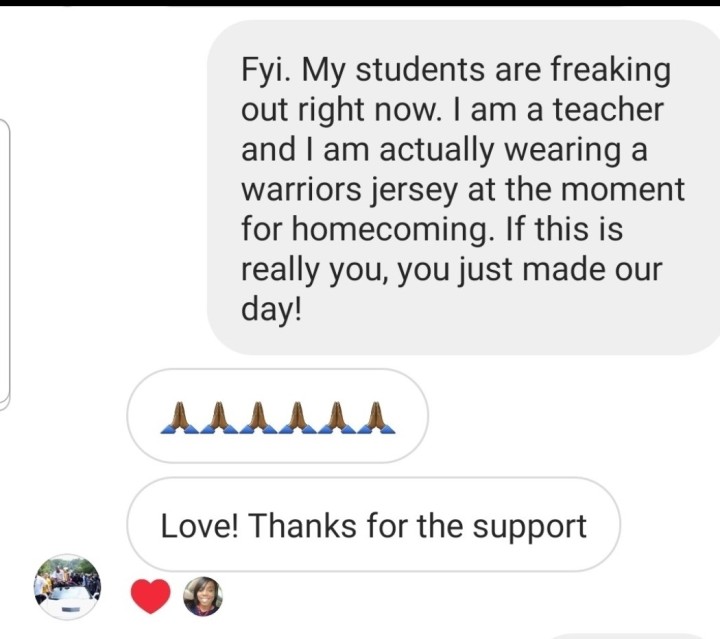 Moore sent a picture of her and student Mayu Selliah, both dressed in Golden State Warriors jerseys for today’s spirit week theme.

Durant showed appreciation for the love and support.